Under the leadership of Sri. Mannathu Padmanabhan and the other 13 Founders had given the shape of the N.S.S. by taking an Oath that “I will incessantly think and make efforts for the progress of the Nair Community. But in those efforts will do nothing to provocate the other Communities.” It is quite natural to occur changes in the mode and the ways of such efforts for the progress of the Community with lapse of time. During the early periods, the Founders paid more attention to eradicate the causes of social depression existed in the Community.

We may refer to the biography of Sri. Mannathu Padmanabhan in which he has mentioned about the luxurious way of life of Nair who were pleasure seeking which made them lazy and lost their industriousness. By imbibing the old high-handedness of their forefathers, they began to make quarrels between themselves as a way of life.

Almost all the families were descending at a great speed towards the bottom level without any family leadership due to superstitious beliefs, unnecessary customary luxurious celebrations and matrilineal hierarchy which was not practical according to the social situation even in those days. He has also mentioned about the so called “Nalukettu”. These four knots were “Case kettu” – the bundles of litigations, “Thalikettu” child marriage, “Kuthira kettu” – processions with decorated idols of horses and “Vedi kettu” – the fireworks.

The Community had to spend family fortunes on these. Sri. Mannam and his colleagues gave more attention in the early periods to work against the above social evils and to create awareness in the Community and to direct them to the proper way. He organised gatherings called Nair Sammelanams throughout the State and lead the Community to the proper way. When they started to show positive results to a certain extent, the Founders considered all-around progress of the Community and engaged themselves in developmental activities. They put their first step in the field of education with a view to remove the backwardness existed among the Nair population and to provide them better facilities. At the beginning schools were established and then colleges were started.

Agriculture, industry, settlements, housing, financial stability and health care were subsequently taken up by the N.S.S. Acquisition of landed properties, establishment of Agricultural farms, Mannam Sugar Mills, Kerala Service Bank, Hospitals etc were subsequently taken up with a view to the all-around progress of the Community. It was also an important aim of the leaders to redirect attention of the Community towards these lines. Even though the N.S.S. had no interests in the active politics, there were several examples of its intervention in Politics when it felt loss or weakness to the Community.

All-around progress of the Community is our main aim. This organisation works to create awareness against impediments in social progress such as personal misconduct, we encourage the members of our community to get along with other sections of the society in the path of progress and we are engaged in creating progressive models in this direction.

We are keeping away from all the political parties and we stick on to the policy of equidistance from the major political fronts. But we will exhibit dissatisfaction towards those who are taking harmful stands to our community and who exhibit favourable attitude those who are helpful to us. This is evident from the stand taken by the N.S.S. in respect of the Reservation issue. The N.S.S. has always looked upon the harmony among the Religions and Communities as a fundamental factor for their own development as well as for the development of our Nation at large.

The formation of the Dhanasree Self Help Groups and mobilisation as well as distribution of sufficient funds for their smooth functioning is our new endeavour. We hope that this venture will lead our Community towards self reliance turns fruitful. This effort will also be helpful to draw the interest of our members and improve their willingness to work in small scale to large scale collective efforts. There has been a drastic change in the participation pattern of our Karayogams. Formerly the elders only took part in it. But now they are well represented with youths, women as well as children.

Now this organisation is executing our great responsibility of knowing, understanding and responding to the rapid changes happening in our Nation, our State and in our Society. By this we try to impart a proper aim and direction to our Community.

Our Founder Leader Samudayacharyan Sri. Mannathu Padmanabhan firmly believed that serving the people in his Community and serving the Country are not different and both are to be carried out and progressed together. We are committed to his ideas and we firmly follow his footsteps. 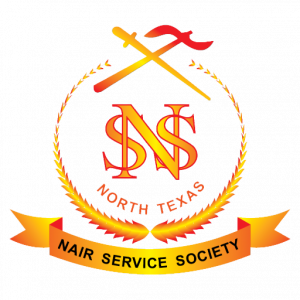